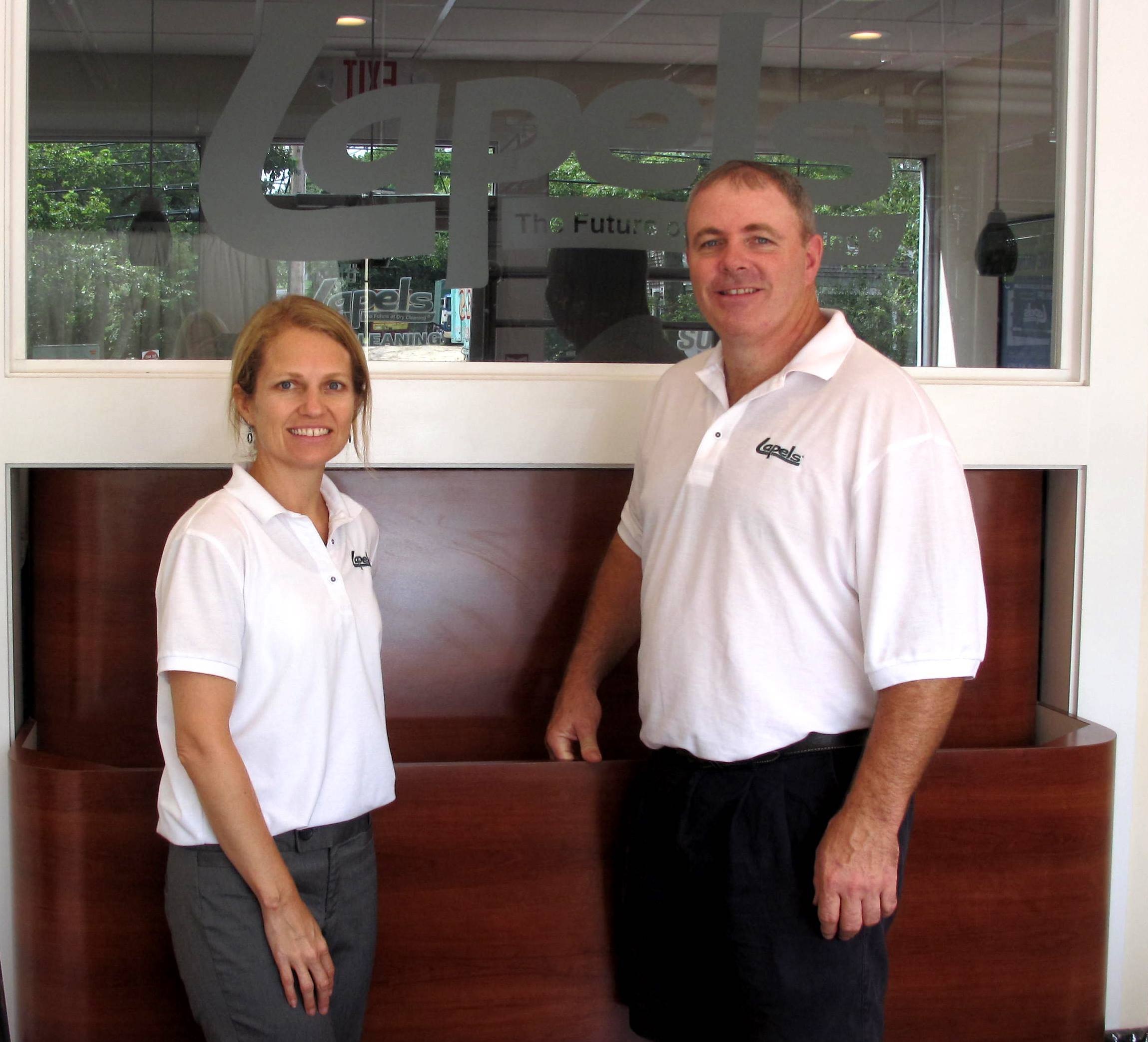 By Lapels CorporateFebruary 22, 2017No Comments

FRANCHISING:
Another path to entrepreneurship

With proven formulas and a network of support, a good franchise is an increasingly popular option for those looking to be their own boss. The challenge is choosing the one that’s right for you. Among the many franchise opportunities available, business models vary greatly, as do the stories behind those who choose to buy into them. Just as everybody needs to eat, they also need to have their clothes cleaned.  But dry cleaning can result in nasty side effects in the form of toxic chemicals leaking into the groundwater.  That’s an issue in most communities, especially in the delicate ecosystems in our coastal communities.

With a patented “GreenEarth®” environmental process, Lapels, a dry cleaning franchise with about 100 locations nationwide, is rapidly gaining popularity.  Greg Carroll and his sister Megan are the owners a franchise in Vineyard Haven, on Martha’s Vineyard.

Lapels uses a liquid silicone instead of toxic chemicals, so it’s safe for the environment, nonallergenic, and results in cleaner, fresher clothes that last longer and don’t have a chemical smell.  They also do alterations and shoe repair.

Lapels is getting traction from investors who want to have a solid financial investment as well as one that has a good environmental footprint and proposition.  Consumers who end up going to the local Lapels also like the idea that there’s a commitment to using environmentally friendly cleaning materials, without having to compromise the quality of the dry cleaning or the price of the service,” explains Steve Dubin, spokesman for Lapels.

The Carrolls started their business in August 2015.  Greg Carroll, who manages a local trucking and disposal company, hadn’t ever considered opening a dry cleaning business until his financial advisor told him about Lapels and pressed him to consider it. According to Kevin Dubois, President and CEO of Lapels Dry Cleaning, which is headquartered in Hanover, the typical franchise owner is someone that has been successful in corporate America and is ready to own their own business.  “The ideal person is someone that is customer-service- driven and understands the importance of balancing marketing and strong operations,” says Dubois.

By investing in a franchise like Lapels, says Dubin, “you’re getting a brand, as the Lapels name is becoming something of a standard bearer of the industry and is recognizable.  You’re also getting proven systems for everything from how to open the door in the morning to how to greet the customer to how to best process their cherished clothing to how to better market your location, so that you remain highly profitable.  Most of their systems are well documented in a franchisees manual, which is sort of the bible.”

Advantages of a Franchise

Greg Carroll describes himself as a “silent partner.” His sister, Megan, is the active, day-to-day manager, but also works part time at WHOI in Woods Hole.

Greg Carroll looked at the numbers, considered the demographics and spoke with Lapels corporate management.  “It kind of made sense,” said Carroll, who reckoned the environmental approach to dry cleaning would be well received on the Vineyard.  The business recently completed its first year.  Despite the challenge of high labor costs on Martha’s Vineyard, which makes recruiting a challenge, the franchise beat projections, turning a profit, which was unexpected.  In fact, it doubled expectations.  Carroll says he likes that the corporate projections were so conservative and credits the corporate support for much of their success. “They sent support continuously,” he says.

Corporate headquarters helped gain permission from the town.  Lapels also provided critical training. This is often done by owners from areas with different busy seasons.  Carroll thinks that system works well, with the added benefit that it has allowed him and his sister to develop strong relationships with other franchisees around the country, to whom they turn to for advice.

During the first year, the Carrolls focused primarily on operations.  “Before you tell people how great you are, you have to be great,” says Greg.  With the books closed for the first year, he reports they’ve “made the turn,” and plan to market more aggressively, stressing the environmental benefits of Lapels. They’re spreading the word through the local papers and bulletins, community sponsorships and coupons.  They’re also planning a pick-up and delivery route, so expect to see a Lapels van servicing all the towns of Martha’s Vineyard, which should also do much to promote the business.

His advice to those considering a franchise?  Do your due diligence, analyze the numbers and talk to the multiple owners of the same franchise.

Adds Dubois: “Look for a business that is not a fad.  Very often, people get caught up in the latest and greatest thing − and those things often fall out of favor soon afterwards.  Look for something that will be around forever and can withstand the ever-changing economic conditions.”