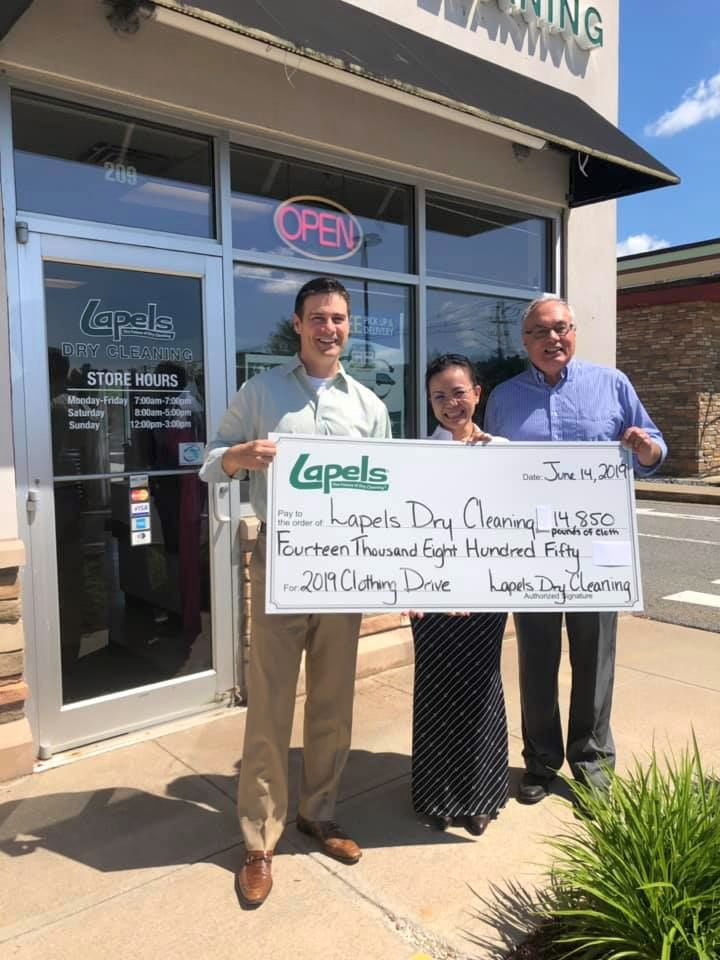 By Lapels CorporateJune 24, 2019No Comments Nguyen bought Lapels Dry Cleaning of North Andover plant as both an investment and an opportunity for her family to help build it up together.  At the time, she had an e-commerce business selling products online on multiple store fronts and marketplaces in and outside of the US. In less than two years, she has added satellite locations in Concord and Wilmington. All three locations received Reader’s Choice awards in 2019.

“It’s been quite a ride so far and we’re excited to see what is to come,” said Nguyen. “Being part of the Big Brother Big Sister drive and having our customers respond they way they did is certainly a high point!”

For 16 years, Lapels Dry Cleaning has held an annual clothing drive to benefit the Big Brother Big Sister Foundation.  The 2019 drive in the states of Arizona, Connecticut and Massachusetts collected a total of nearly 15,000 pounds of clothing within the Lapels stores. These donations are then turned into dollars and used to help fund Big Brother Big Sister mentoring programs.

The clothing collected by Lapels Dry Cleaning and donated to Big Brother Big Sister Foundation is then sold in bulk online, at auctions, at high-end thrift stores, consignment stores and at universities. The net proceeds from these sales go to support Big Brother Big Sister Foundation’s mentoring programs for girls and boys across this year’s participating states of Massachusetts, Connecticut and Arizona. Items typically donated include: men’s, women’s and children’s clothing, coats, jackets, shoes (any season or size).  Household items such as linens, sheets, blankets, towels, drapes, comforters, afghans, curtains, fabric and purses were also accepted.

“We can’t thank our franchise owners enough across the country and, of course, our customer base in helping us to give back to the Big Brother Big Sister Foundation and their mentoring agencies,” said Dubois. “Being part of the local communities we serve is a big part of the Lapels difference. This national campaign really gives us an opportunity to make a difference in the lives of the children in the communities we serve.”

Lapels has pioneered an eco-friendly dry-cleaning experience over the past 18 years. Part of that effort includes a partnership agreement with GreenEarth®, the dry-cleaning industry’s only non-toxic cleaning alternative. Using these kinds of solutions and the latest technology in equipment, Lapels is also one of the few dry cleaners able to boast that there is no hazardous waste in their process.